What it Means for Customers 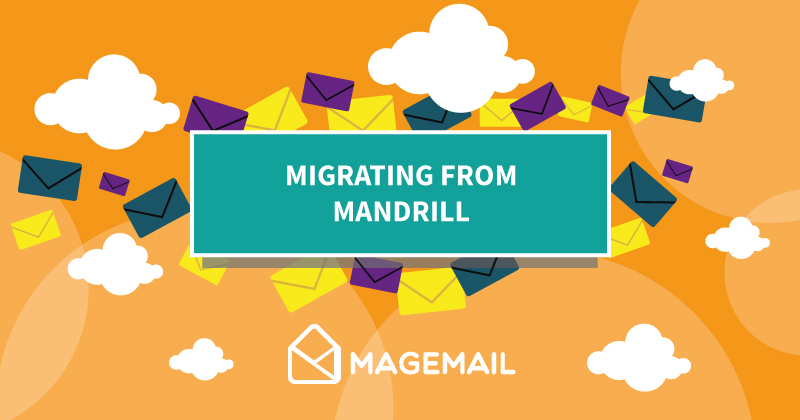 You’re probably aware of the changes that Mailchimp announced regarding Mandrill recently.

I wrote a big post on it where I talked about how upset I was about the whole process, including a spreadsheet that I’m using to compare different transactional email providers.

In this update I want to talk specifically about next steps for MageMail customers.

Once that’s ready, I’ll ask you to setup your SPF and DKIM records – that’s about it.

If, on the other hand, you have your own Mandrill account, you may need to also migrate your account to Sendgrid or another transactional email provider.

If you are a paying Mailchimp user and want to stay with Mandrill, you can do that. You’ll just need to link your Mandrill account to your Mailchimp account if you haven’t done that yet.

I’m personally having a hard time trusting Mailchimp as a company now after this disruptive change with such a short timeline, but at the end of the day if Mailchimp is working for your business, I can understand that you would want to stick with them.

So, if you do need to move to a new transactional email provider, you’ll need to first pick where you’re going to move.

I’m using Sendgrid myself and recommending them for a few reasons.

My takeaway from that is that they’re a larger company so the quality of support isn’t going to be evenly distributed. I’m banking on the fact that I’ll be able to be a big enough fish to get my concerns (and the concerns of my customers) escalated to the right people.

Some other popular options that I’ll mention are:

There’s a spreadsheet here with a breakdown on many other providers that you may want to look at as well.

Another option I’m looking into for sender reputation is Return Path’s Sender Score. From some initial testing – comparing their score to Mandrill’s for a customer or two, they don’t seem to be super accurate, but I’m in contact with them to try and clarify this.

You will be able to use any of those 4 providers for basic sending.

I am planning to only add support for Sendgrid to MageMail v2- and that will likely take 3 to 4 weeks to roll out.

Mandrill did offer me a 90 day extension on top of their 2 month timeline for migration – but they said they could only offer me that for my main account and couldn’t offer the same thing for all of my customers’ individual accounts.

Quick plug for MageMail v2 (Always Be Closing, amirite?) – it’s actually designed as a replacement for Mailchimp to allow you to send ecommerce newsletters much more quickly with native support for pulling in products from Magento and more.

If you are planning on leaving Mailchimp due to their shenanigans, you may want to consider MageMail v2!