I’m excited to let you know about a new version of MageMail that I’ve been working on and which will be ready for you to demo very soon.

The way it started is that I keep getting asked about newsletter blast functionality. That’s one piece of functionality that I never wanted to attack, for a number of reasons. I felt like there were already solutions out there for newsletters, and the world just didn’t need another tool for that.

But what I’ve realized is that a lot of the tools out there, like Mailchimp for example, aren’t really built for ecommerce, and so it can actually take a really long time to put together a nice, simple newsletter to showcase new products, etc.

The point of differentiation for MageMail has always been simplicity. I want to take email practices that you know you should be doing but just don’t have the time to coordinate the development, testing, design, marketing, etc. that it takes to put together a working email program.

So I’m going to be applying that same principle to newsletter blast functionality.

At the same time, there have been a number of user interface improvements that have been simmering in the back of my mind for the last year or so. I’ve made some incremental improvements to the editor for example, but it wasn’t until I started fresh that I was able to really build the editor that I wanted to build.

So the editor is a really slick drag&drop editor, with nice features like a product grid where you can just with a few clicks select the products you want to drop in there and you’re done. No more spending 45 minutes uploading product images and copying and pasting url’s, etc.

The transition plan for v1 and v2 is that for the time being v1 is going to continue to handle all of your triggered email. If you want to send newsletters through MageMail, you’ll use v2 for that. Eventually the goal will be to move all of the triggered email functionality to v2 and have everything under one roof.

Here are some screenshots: 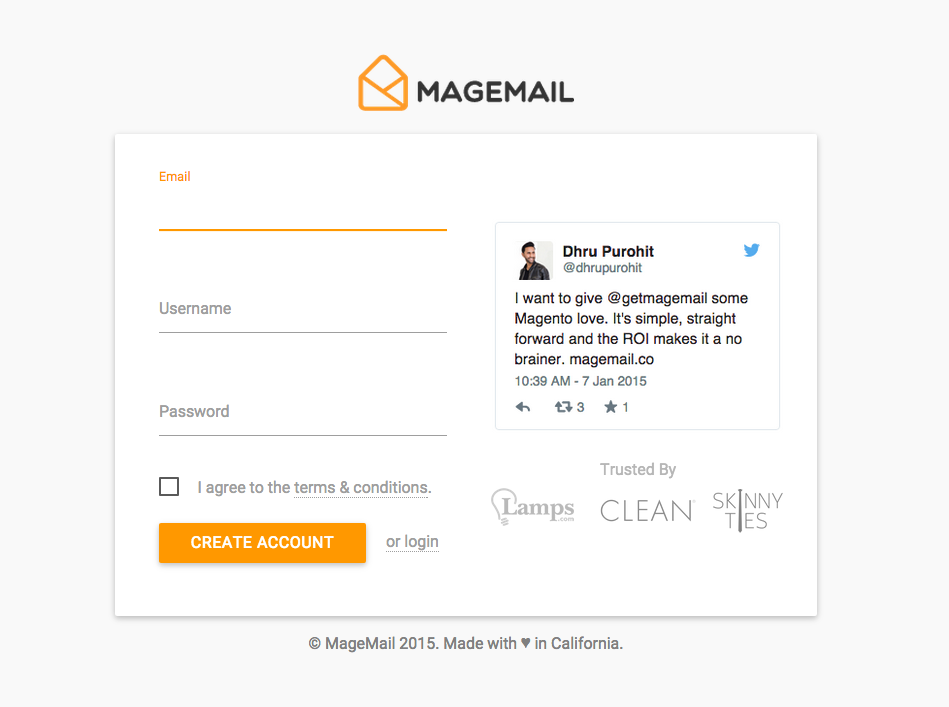